Some phone systems offer a computer telephony interface (CTI). Using this interface a computer can dial or hang-up calls for a specific extension. The software would typically be running on the desktop PC of the user of a phone extension that is to be controlled (assisted dialing). If the CTI interface and phone system allows conferencing, then users could press a button their PC to start call recording. In this case a new call the a recorder device would be dialed up and the connection to the call recorder would be placed in a conference with the call to be recorded. This allows full computer based control of the calls to be recorded. 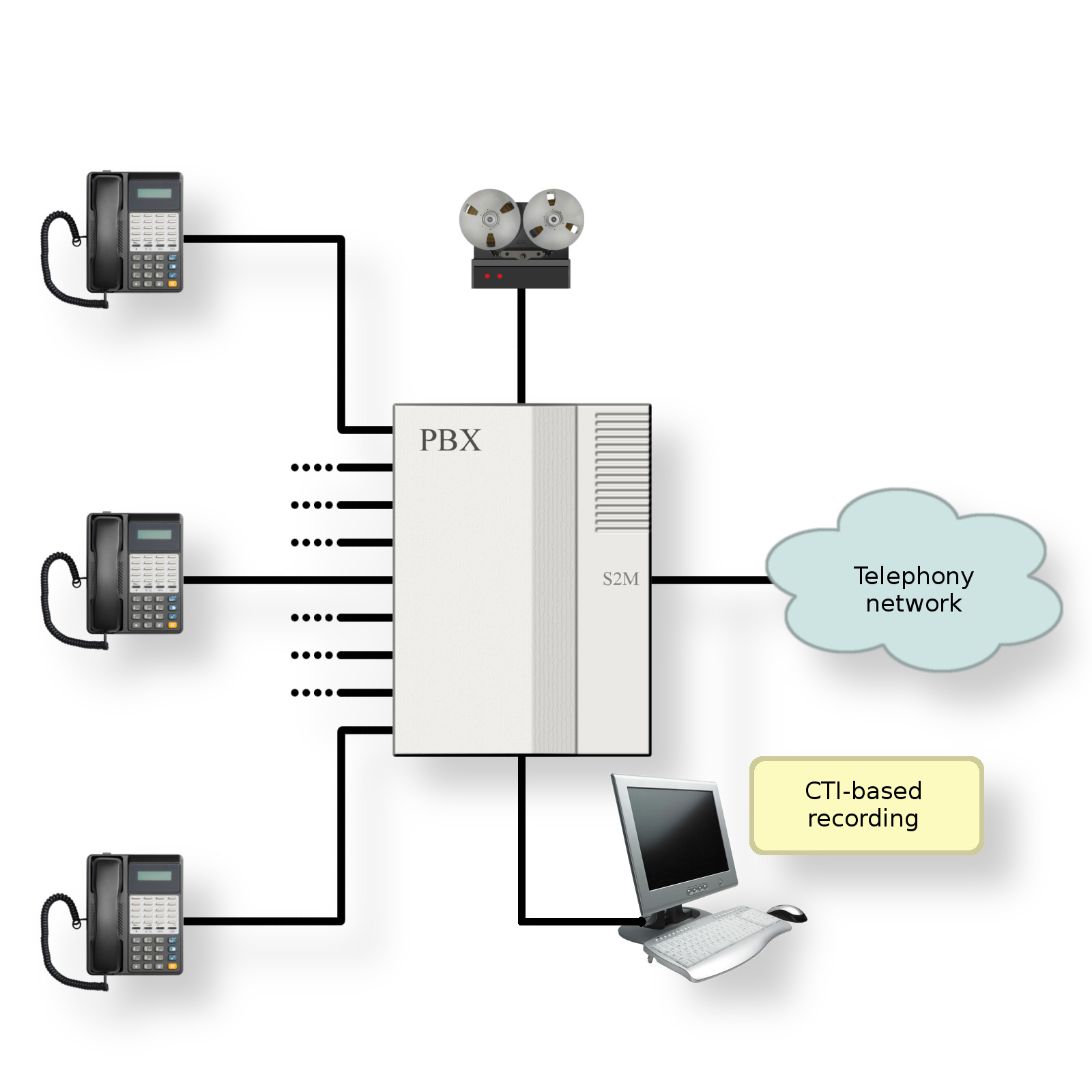