The emergence of Voice over IP

The appearance of Voice-over-IP does not change the field of call recording very much. There are new technologies for tapping ethernet (manageable switches, monitoring ports etc.) and new software and protocols, but the requirements for the call recording software remain the same. The VoIP packets are in many cases not available at a central tap-point in the network since they may be routed on the shortest path to the peer network device. So in some cases the network topology needs to be changed or switches with monitoring capability need to be used. When planning the extension of the network infrastructure the continued availability of a tap-point has to be considered.

Generally, VoIP does not give a lot of advantages to telephony users: speech quality is generally worse (much higher latency causing echo problems, non-uniform packet rate leading to jitter and jitter-buffers leading to even more latency, audio compression by speech codecs will distort the audio-signal) so that FAX and modems will not work on VoIP lines anymore (special protocol like T.38 are used to solve that). Some vendors recommend a separate LAN infrastructure for voice in addition to the data network. In any case quality of service in the network needs to be guaranteed by either using excess bandwidth, quality-of-service capable switches or a separate network infrastructure for telephony.

There are many different protocols (SIP, H.323, MGCP, Skinny/SCCP, Skype, IAX, IAX2) and vendors implementing variants of these protocols. Some are documented (SIP, H.323) others are kept secret (Skype). 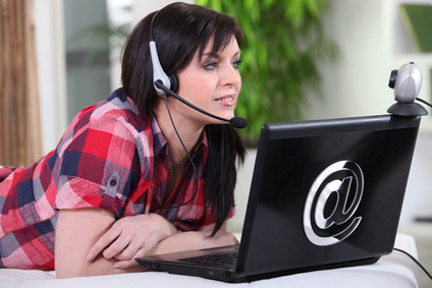 So even though call recording in a VoIP network is typically just an ethernet tap, the software that implements the recorder will always be protocol specific (and possibly also vendor specific). Since the imeplementation effort will have to be repeated for each protocol variant (fragmented market) the cost for VoIP taps will generally be higher than those for ISDN taps. However, VoIP taps will scale better for large channel counts. It looks like SIP is going to be the de facto standard for public VoIP lines.